The Geneva Financial Center (GFC) believes that access to highly skilled employees is a central requirement for a competitive financial center. The Foundation consequently supports educational initiatives ranging from apprenticeships to fundamental research, as well as professional and continuing education. 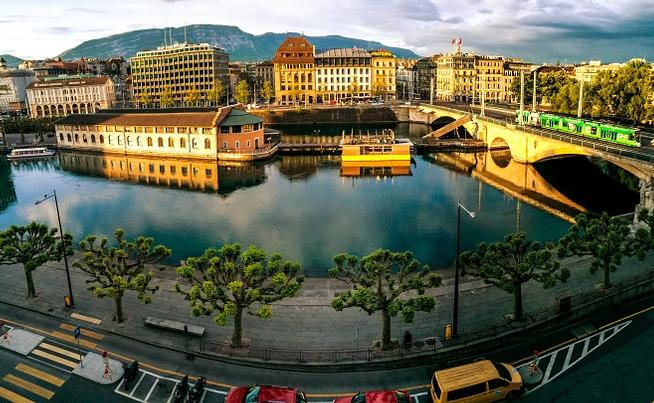 The GFC maintains a close working relationship with the Department of Education (DIP) and banks that offer apprenticeship programmes, in order to identify their needs and provide adequate responses via its two training committees (Banking Skills Strategic Committee and Technical Committee).

The Geneva Financial Center encourages and assists banks in their efforts to train young people and aims to improve the image of the apprenticeship track, which is one of the keys to the success of the Swiss economy. Apprenticeships are an important point of entry into the banking world: more than 90% of apprenticeships lead to a permanent job. The film "I chose a banking apprenticeship" (in French only) illustrates the importance of this educational track.

However, several factors tend to impede the creation of apprenticeship positions, such as the size of the institution or its infrastructure, as well as the investment in terms of time and human resources. To encourage the creation of more positions in the sector, one solution would be to make the criteria more flexible and simplify the administrative procedures for institutions that wish to take on an apprentice.

The GFC liaises between the financial industry and the cantonal government to encourage measures to facilitate the creation of apprenticeships, by working closely with the Department of Education and the OFPC.

Since 2016, the GFC has initiated presentations of careers in banking to secondary schools. Working closely with "Go Apprentissage", a pilot program funded by the Federal Government and supported by professional training partners, representatives from several Geneva banks meet year 11 students from "Cycles d'orientation". This initiative aims to encourage students to choose an apprenticeship by giving them tools to improve their résumés as well as practicing mock interviews and face-to-face meetings with trainees.

The GFC supports the Geneva Finance Research Institute (GFRI), a multidisciplinary institute attached to the University of Geneva which focuses on research and education in finance. It sponsors in particular a year-long "Finance Seminar Series".

For over 30 years, the ISFB has played a central role in developing essential skills that ensure the Geneva financial center remains competitive. The Geneva Financial Center plays an active part in this process with Michel Juvet as Chairman and Blaise Goetschin as Vice-Chairman of the ISFB. Jean-François Beausoleil and Edouard Cuendet, Director of the GFC, are also board members of the ISFB.


Annual Report 2021 For the second consecutive year, 2021 was marked by Covid-19 and its impact on the economy of Switzerland and Geneva. The pandemic affected some sectors more than others. Banking and finance was one of the sectors that proved to be remarkably resilient.
Facts & figures